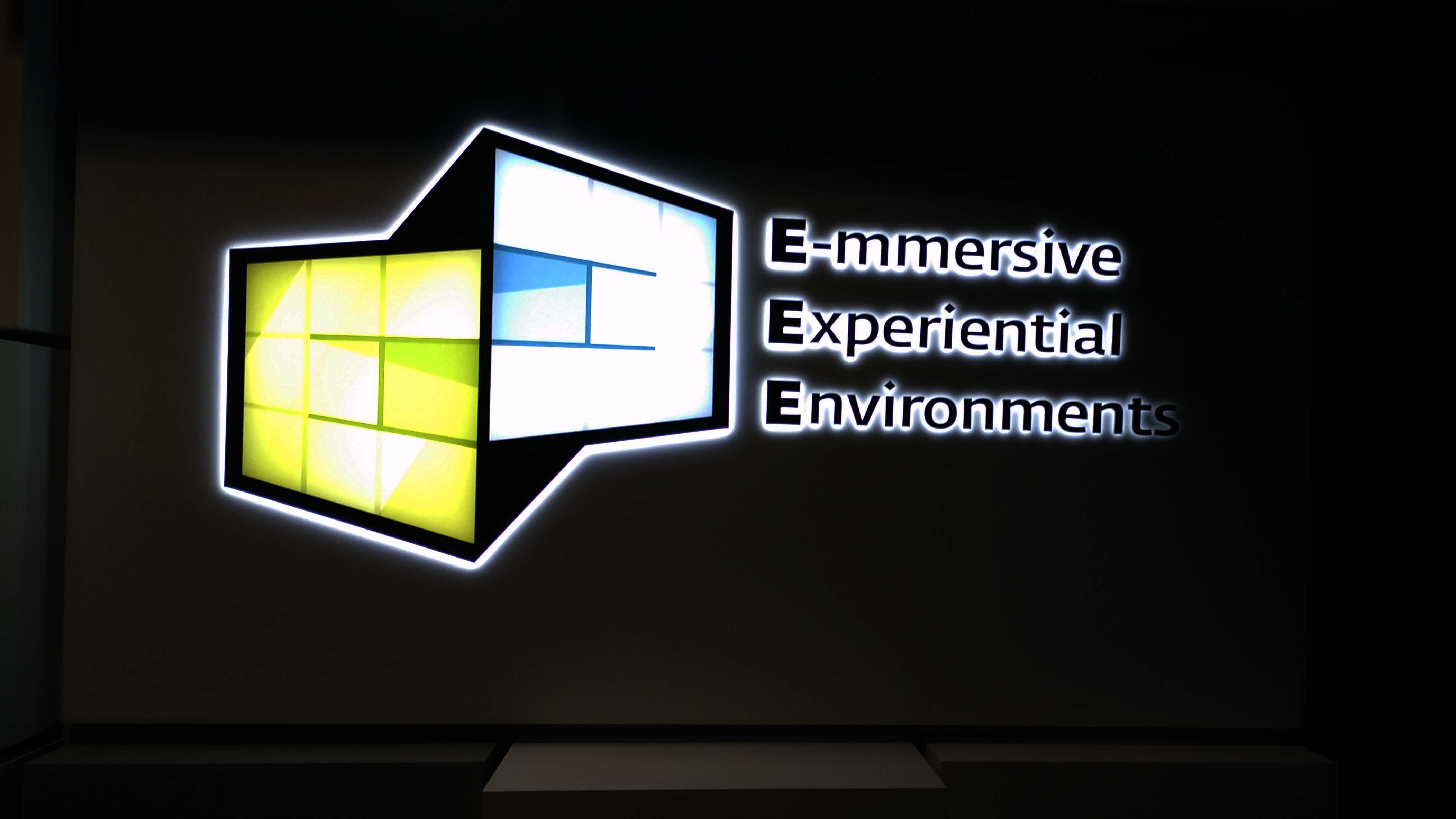 With the release of Oculus Rift just 24 hours ago! Ignite-VR has just been born or you can say ignited. The flames for all Virtual Reality things started for us on the first day of 2016 where we went to the Singapore Science Centre t0 check out the new E3 – Emmersive Experiential Environments – exhibition.

There were some aquarium 3D projection mapping around the room which you can interact with at various stations to move fish or boulders around using leap motion sensors, NFC or other customize controllers.

Of course, the main show is the Oculus Rifts (DK2 version with separate headphones). They come in various setups. One was in a comfortable chair seat in this futuristic kiosk (there were 4 of these same setup) where you get to sit down and watch a 7 minute video and there is a screen in front that shows those waiting in line what you were seeing. Generally the video was too long and the content was not very engaging enough to make full use of the Rift’s capabilities. It was more like a Google Cardboard experience.

There was another where you had to climb on this simulator and wear the Oculus Rift and it simulates flying like a bird as in you had to flap your “wings” to control your motion while a fan blows wind in your face. I didn’t get to try this as it was only available at certain timings only so make sure you find out the timings before you go. Should be a much more unique experience for this setup.

You can find out more information at the Singapore Science Centre website at http://www.science.edu.sg/exhibitions/Pages/e3.aspx

Entry fee for adults is SGD$6.00 and for child it is SGD$4.00 during peak hours and free for all during non-peak hours (weekdays during school term) where there will probably nobody around.

Its definitely the cheapest way to try out the Oculus Rift right now especially given that the price of the Oculus Rift is a whopping USD599. But more on that in the next post.

2016 is what many have claimed to be the year of VR as many of the consumer versions of HMD by Oculus, HTC Vive and Playstation VR goes for sale in the later parts of the year and AAA VR games like EVE-Valkyrie get released. Will it be true or will it just turn out to be another fad?

Are you as excited as us?

Keep track of this blog to find out as we venture on our very own journey into the realm of virtual reality!