In the year of VR, there has been tremendous progress being made in the industry. Other than Oculus, HTC, Samsung and Sony who are the major players in multiple segments of the VR industry, there are many emerging companies within China like 3Glasses, Deepoon, Idealens, AntVR, Pico and Baofeng who focus on manufacturing VR Head Mounted Display (HMD). Due to the different use cases and features, the different HMD have a wide range of pricing.

There are 3 types of VR HMD that are being manufactured at this moment:

The All in One VR HMD was conceptualized by China Manufacturers in late 2015, it is more similar to the Mobile Adaptor VR HMD with the mobile phone inbuilt into the HMD but with the processing unit and display made to optimize for VR. This increases the use cases but it is still lacking in terms of function when compared to the Tethered VR HMD.

For Augment Reality HMD, the only commercially available product by a major player in the market is Microsoft. However development techniques are still not mature and products not ready for the consumer market yet.

Part 1: Changes in the number of brands

Based on the statistics in June 2016, there has been an increase in brands in the China HMD Market in the first half of the year. Starting with only 14 brands in January, it rose to 16 and 18 in February and March respectively before rapidly increasing in March to 35 brands and 44 brands in May.In June 2016, the last count is 47 VR/AR brands in China.

These data shows that there were initially not many VR/AR brands in China until CES in March when Oculus launched their pre-order and received overwhelming orders. This led many investors to believe that VR is the next untapped market after smartphone and subsequently China saw the rapid emergence of new VR/AR brands.

As VR HMD is still a relatively new market in China, consumer awareness and brand recognition of China HMD is very low. Even for VR enthusiasts, the awareness of the different VR HMD China brands is still low whereas recognition in global VR brands like Oculus and Sony are higher. 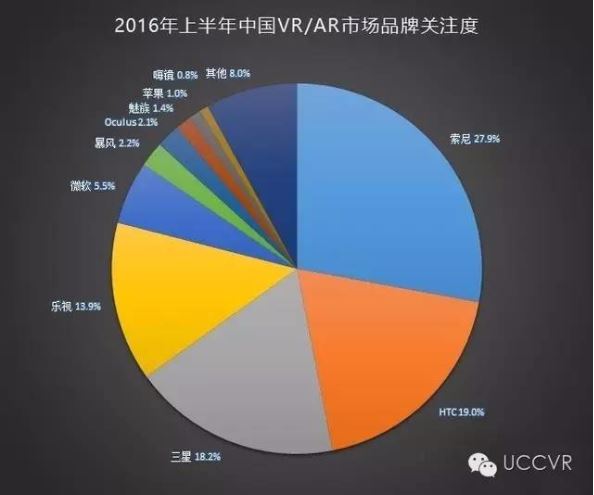 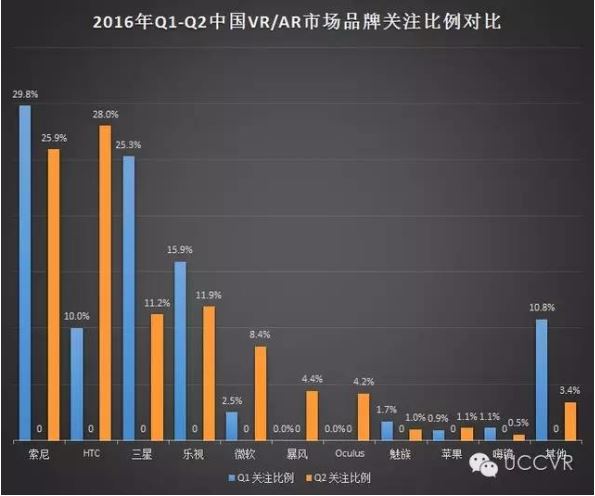 Comparing Q1 and Q2, Sony had a huge market lead in terms of interest in brand based on its gaming business background whereas Oculus only started gaining traction in Q2 after the launch of their HMD.

With regards to VR/AR product recognition and interest by China consumer, PlayStation VR rank first at 20.7%, followed by HTC at 18.0% due to their product launch and strong marketing campaign in China. Samsung Gear VR has decreased to 13.2% due to the competition from the market entry by the Tethered VR HMDs. 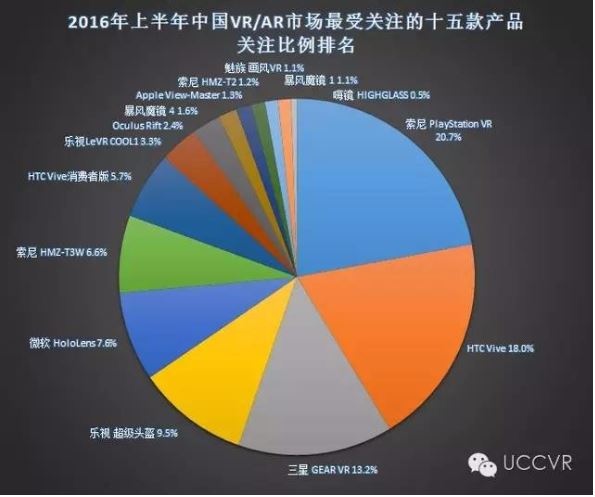 From the ranking of the VR products, consumer are more inclined towards the Tethered VR HMDs. Market sentiment shows that a powerful dedicated GPU on the PC or console is a minimum criteria to achieve the level of immersion desired. Mobile adaptor VR HMDs like those from Samsung, LeVR, Baofeng, gives an inferior experience which result in the trend of decreasing interest in mobile adaptor VR HMDs.

Market survey shows that the price range that most consumers are look at when purchasing VR products is between 2001-3000RMB, which is also the price range for smartphones. The second highest price range is between 5000-8000RMB because the upper-lower limit difference is wider and includes more products and also the popular Tethered HMDs. Lastly, the 1001-2000RMB price range segmentation is also quite significant. 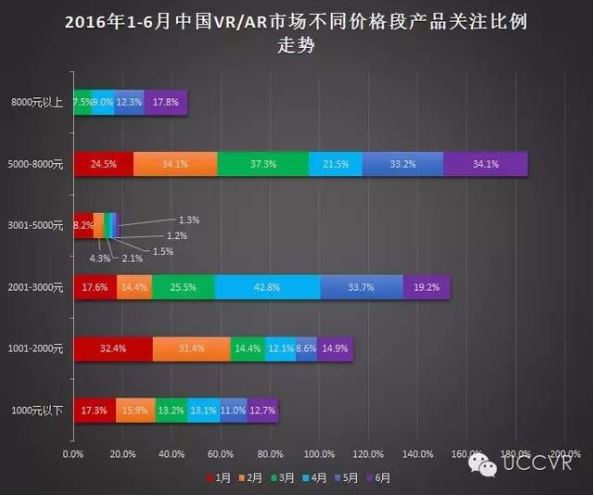 The above monthly breakdown of the product price range comparison shows that the 5000-8000RMB segment only started to increase in after February and March which is correlated to the explosion in interest caused by the Oculus pre-order launch. The increase in segmentation by the 2001-3000RMB product price range segment in April is probably due to the overall increase in profile in VR products as a result of the release of Tethered VR HMDs.

On a month by month analysis of brand interest, we see that among the Top 5 brands, HTC has risen steadily after its product launch in April to rank top as of June. Sony has started the first 4 months of 2016 as the top brand but has since fallen drastically in June as a result of the 2 other Tethered VR HMD product launch. Samsung has also been affected by the product launch and showed a big decrease since the start of the year. 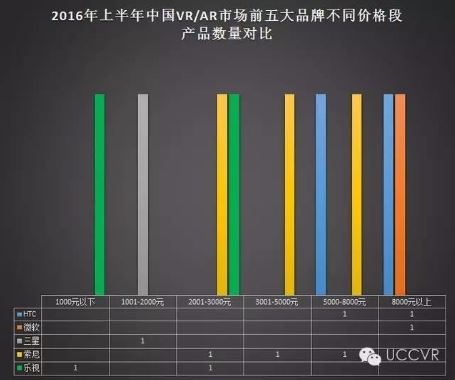 As a main console game company, the fact that Sony is able to gain a large attention for its VR products in China shows that there is a large number of gamers in China. Sony’s track record in creating great console hardware and also in controlling the quality of the game content gives China gamers the confidence and reason to believe that Sony will be a big pillar in the VR industry.

Interest in VR/AR HMDs in the first half of 2016 started increasing from April onwards and the brands that had garnered interest has progressed from being singular to more diverse. This goes to show that China’s hardware manufacturers are pouring into this untapped market and are starting to increase their publicity. This resulted in more interest on the VR HMDs from potential consumers.