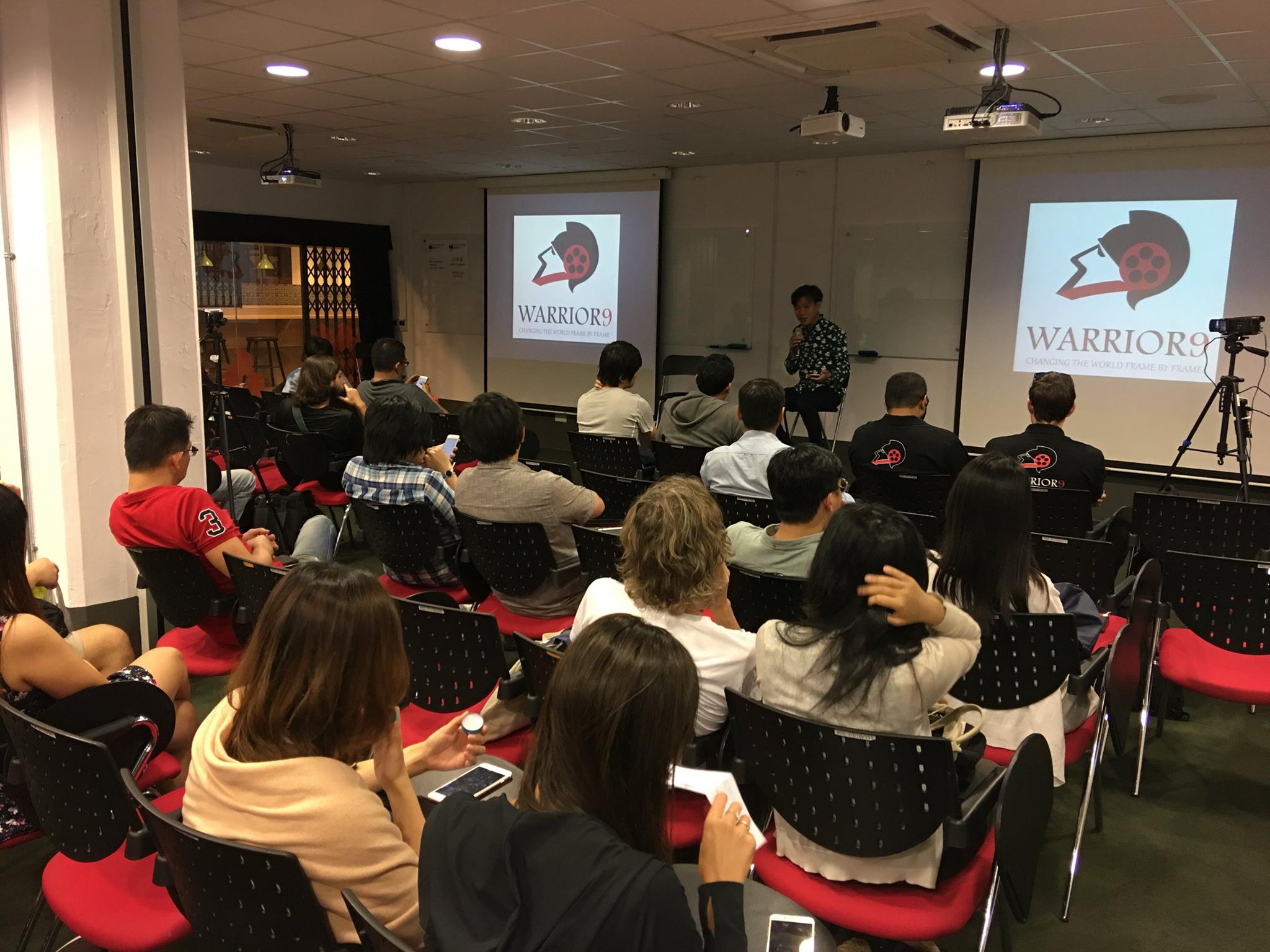 This year has been a roller coaster for VR, especially for hardware. But content is key to sustaining this industry, so for the last AsiaVR meet-up of the year, we focused more on VR content creation.

We have invited some distinguished guests to talk about initiatives to encourage producers to create VR content, how VR content is conceptualized compared to traditional mediums, and the tools you can use to create simple VR content easily.

Abhi Kumar, Chief Creative Director of Warrior 9 shared about their sci-fi animated VR series. He talked a bit about how their production involves and what they did to create this animated series. They were on the road to promote their product and received positive reactions from showcasing their trailer from more than 850 people, majority of which are first timers. He also spoke about how they approach their storytelling and also what they learnt about people’s perception about VR as they interact with clients and consumers over the past year.

Don Anderson, Head of Kids & Learning Partnerships Youtube APAC and Co-founder of AsiaVR Association, shared insights he gained from the MIPCOM conference that he attended in Cannes in October.

VR was a key topic of the conference with its own track that covered topics like: “VR Content Workflow”, “Beyond 360 – From Passive Viewing to Virtual Interaction”, “VR & Immersive Journalism” and a 30 minute session called “Getting Real about VR: Where is the money?”

Andes Rizky, COO of Shinta VR, shared about his upcoming application that allows VR content creation easily through a drag and drop interface. They started with their problem statement that they are trying to solve. Their application MindVoke is a solution for VR Consumer and Business Adopter to make their own VR Content without having to learn to code.

You can download their alpha version to test it out now!

Maxime Depondt, Creative Director at EON Reality, shared about their new incubation program. They offer $40,000 in funding as well as mentorship, access to hardware and training among other benefits.

Discovery is an early adopter with a dedicated virtual reality (VR) mobile application that has been one of the more downloaded app due to its strength of its content. It started with behind-the-scenes documentary footage in 2015 to original content like shark reefs, mythbusters and animations. Bryan has been active in pushing for more South East Asia producers to create genuine stories from this region.

With this fund, this 2017 will also see 4 to 5 strong pitches to be fully commissioned and taken through the process to create a Discovery Channel VR experience.  Discovery’s experienced global crew train local producers in VR technology – sharing their know-how and expertise on storytelling. The final films will break new ground and premiere on the Discovery VR application globally.

More info will be released towards the end of the year about the criteria of submission.