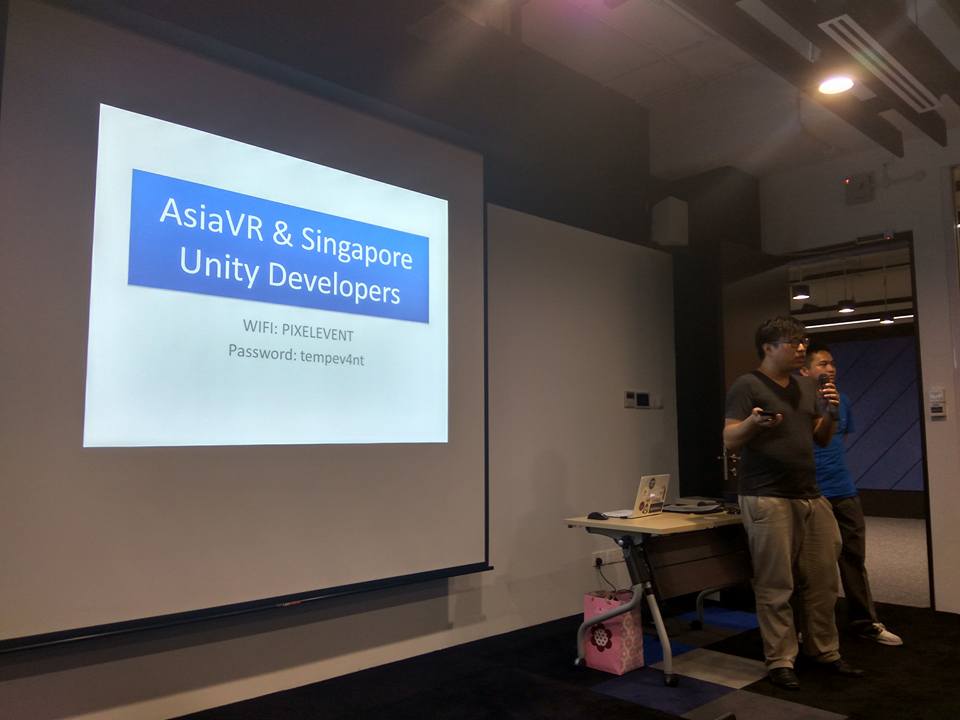 AsiaVR collaborated with Singapore Unity Developer Group for our second VR meetup of the year.

We have 4 speakers at this event, all local companies who have been actively exploring Virtual Reality or Augmented Reality for the past year.

Read this article for a short summary and the video recordings that we have taken the initiative to do ourselves so that we can publish our event articles more quickly.

In his talk, Tian Yang introduced the concepts of using Vuforia in Unity3D to create Augmented Reality applications. He also showed a live demo of how he made a real dragon toy look like its spewing fire using his mobile phone.

2) Why Most Singapore Developers will Fail at VR By Aldric Chang, <Mixed Realms Pte Ltd>

In his talk, Aldric explains his philosophy of running his company and creating games like SairentoVR which is a successful VR game even by international standards.

In his talk, Kang An shared about the pain of designing for VR. Example were drawn from his experience of making their first VR title, Danger Room, that was published on the Steam store.

In his talk, TK gave a hands-on session on settling up a VR scene for Gear VR and HTC Vive in Unity3D.