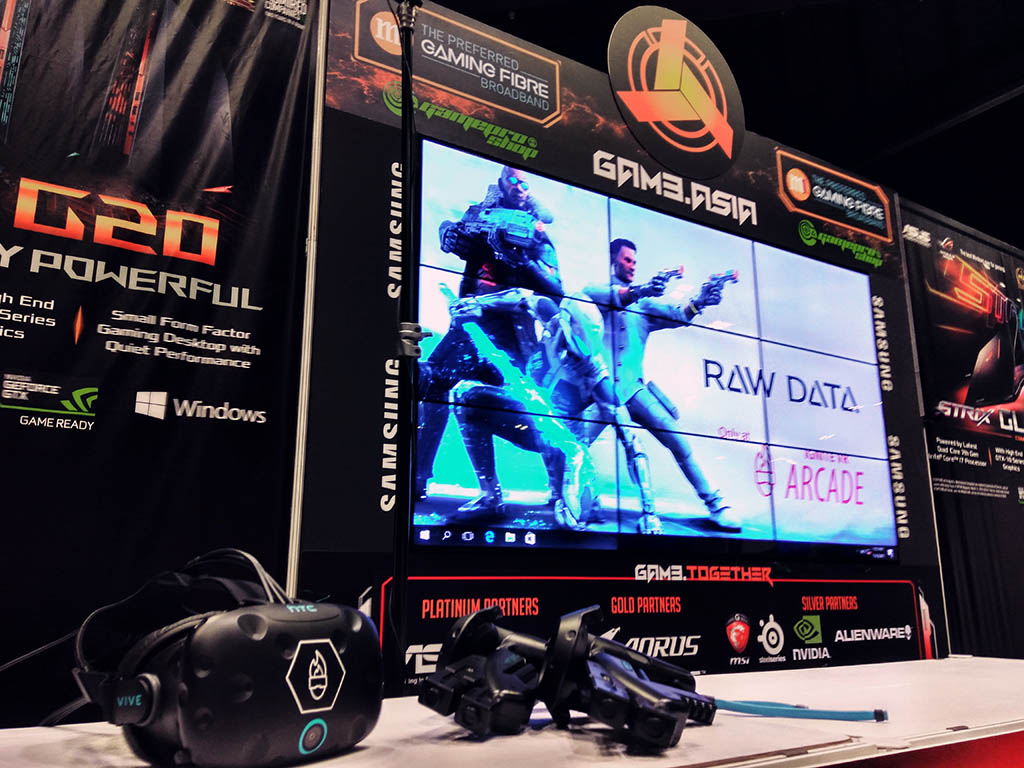 At the recent Esports Carnival and IT Show 2017, we had the honor to be a VR partner of Gam3.asia.

For the first time, we brought our top Multiplayer VR game RAW DATA ARCADE to showcase at an event.

It was of course a blast and the crowds love it. Read more to see pictures and also why we love multiplayer VR.

Raw Data is a co-op mission based action game where you play as the dual gun shooter Bishop or sword wielding ninja Saija to take out enemy robots and defend your data core. There are 7 missions in total and the multiplayer aspect of the game brings VR games to a whole new level as you can talk to your buddy and rely on him/her to watch your back.

It is one of the most popular VR games published and the quality of the gameplay really stands out among the other wave shooters. At IGNITE VR Arcade, we have the arcade version which has a simplified user interface and admin controls of the game. This allows the players to get into the game very quickly (just 30 seconds to explain the game). Most importantly it has LAN support so that we do not have to rely on internet for multiplayer gameplay!

We would like to thank Gam3.Asia for giving us the opportunity to tag along their event to showcase this multiplayer VR experience to gamers as well as non-gamers at their 2 events in March 2017 at Safra Toa Payoh Esports Carnival and IT Show 2017 at Suntec City Convention Hall. 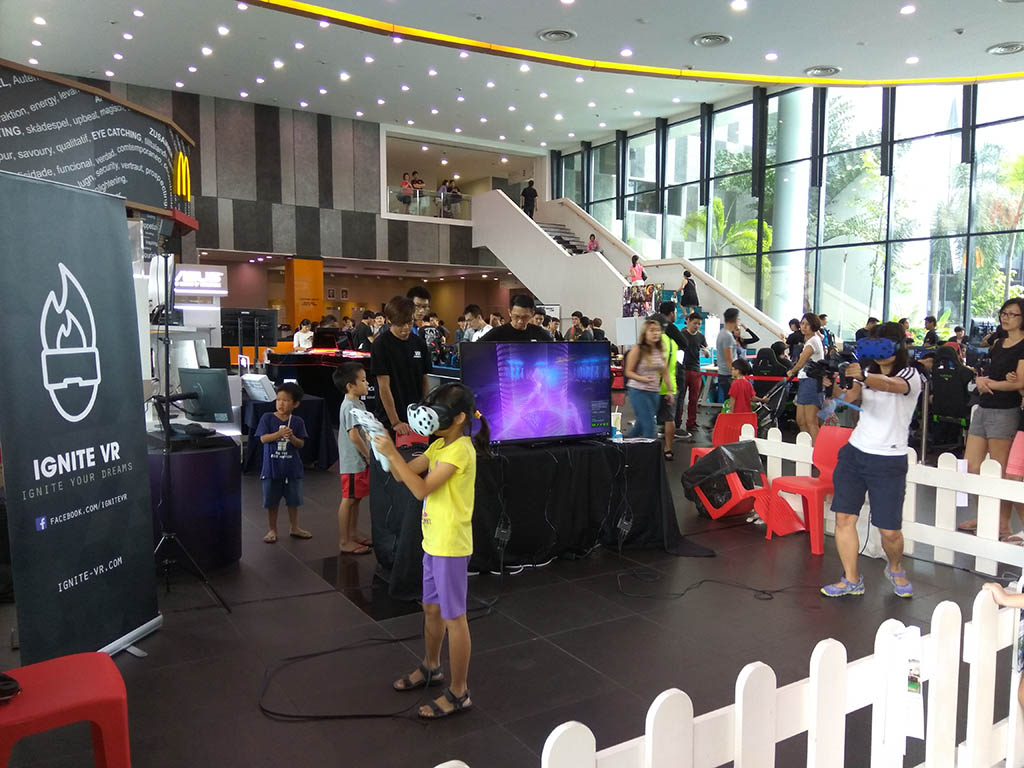 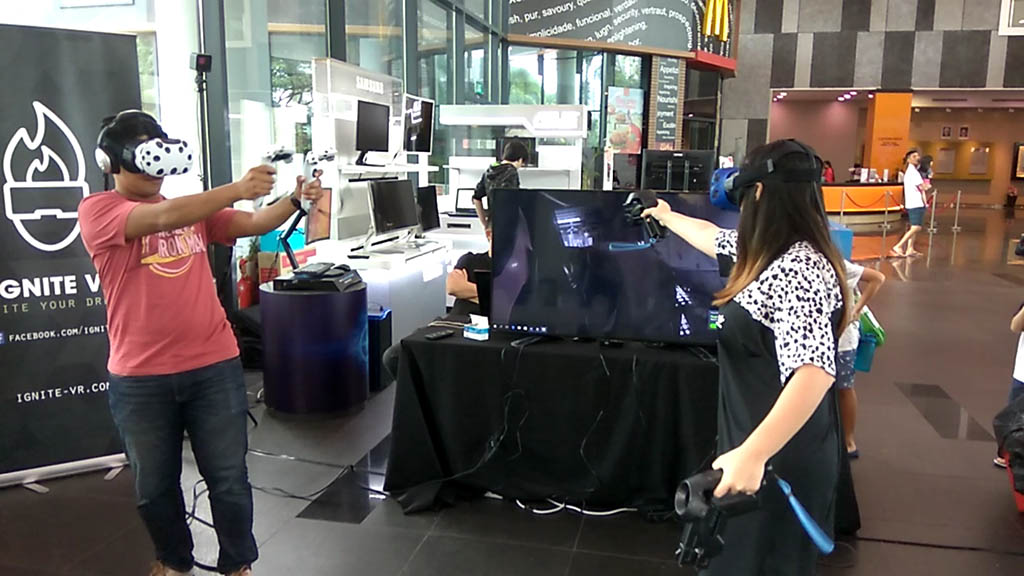 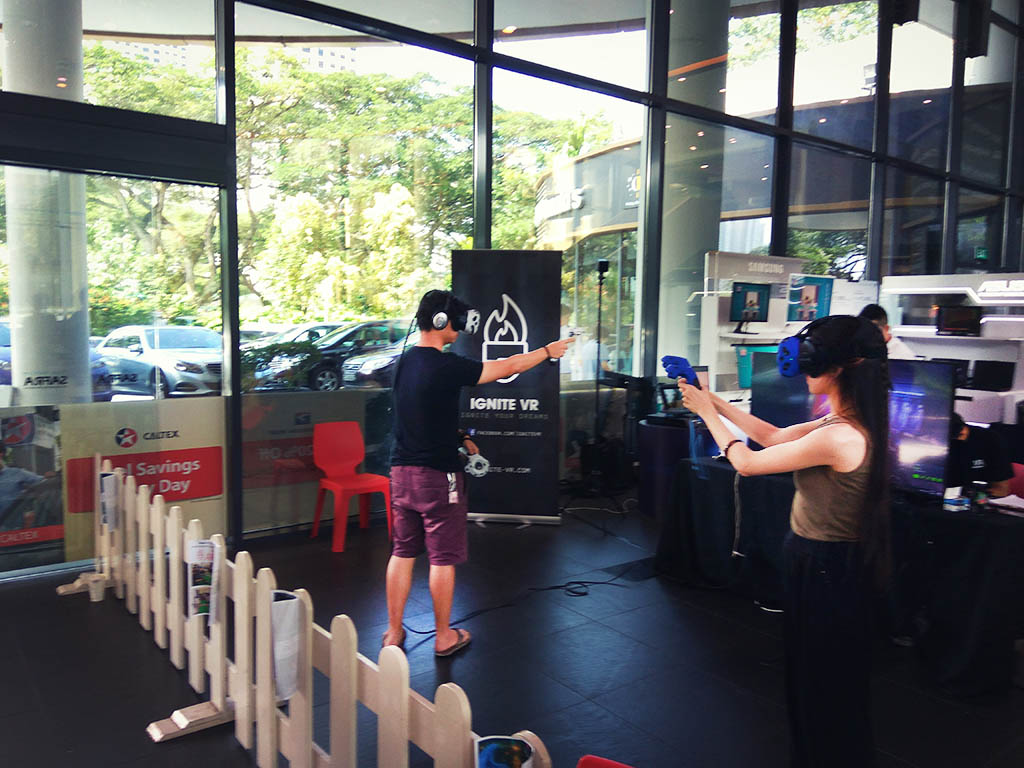 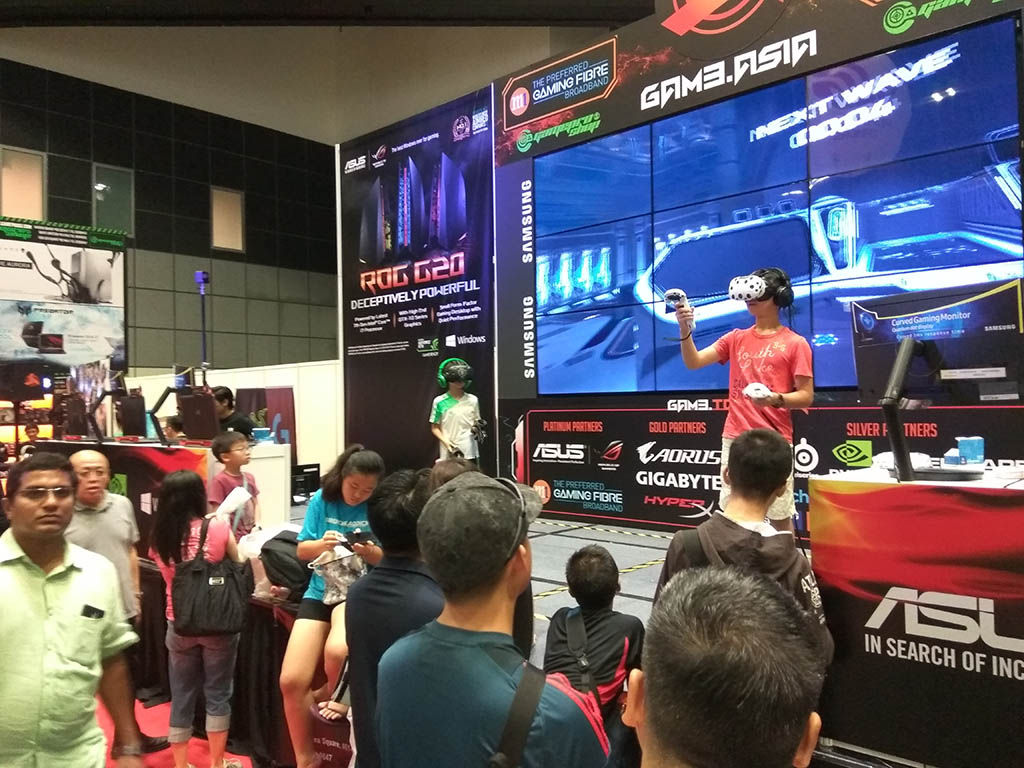 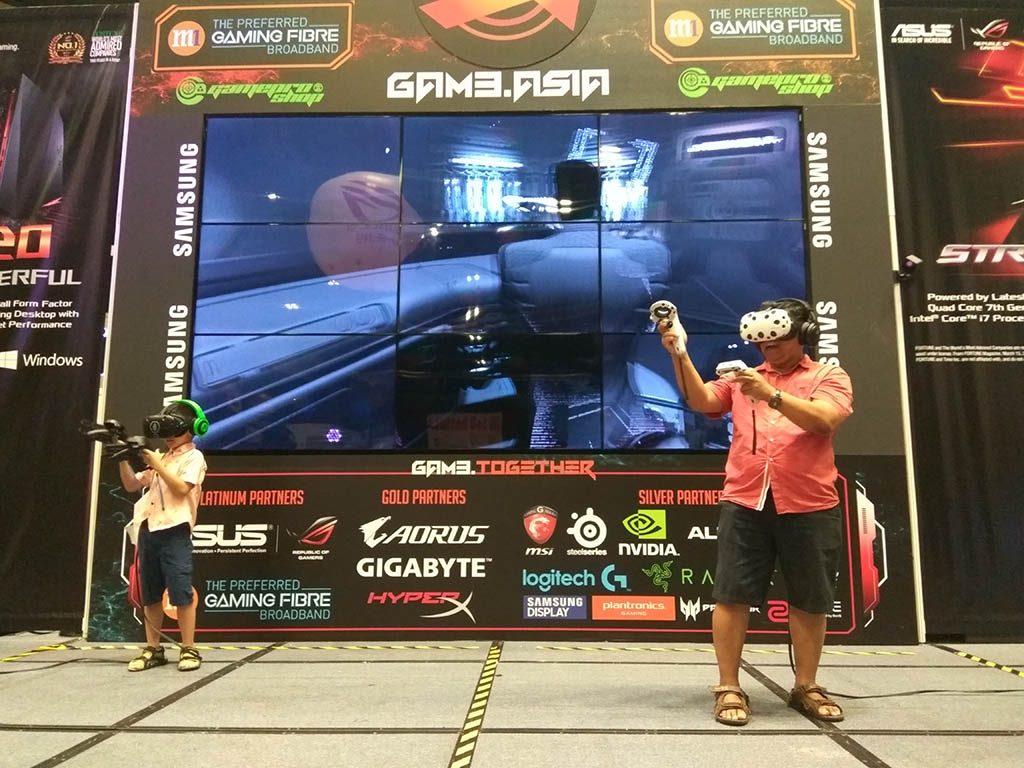 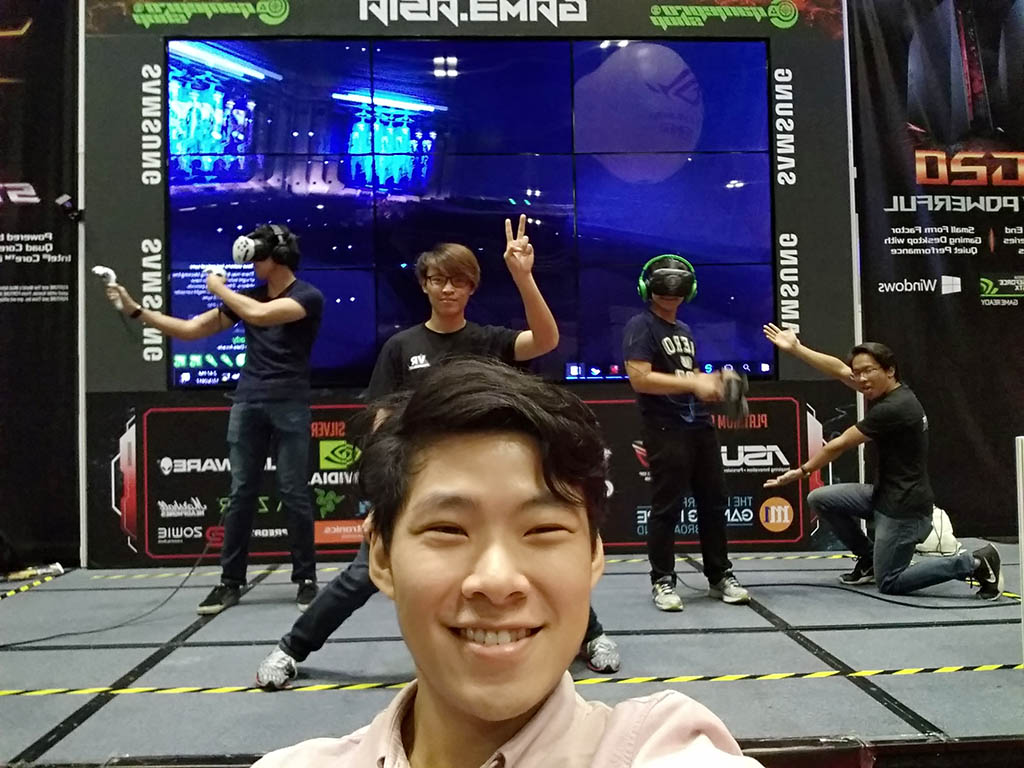 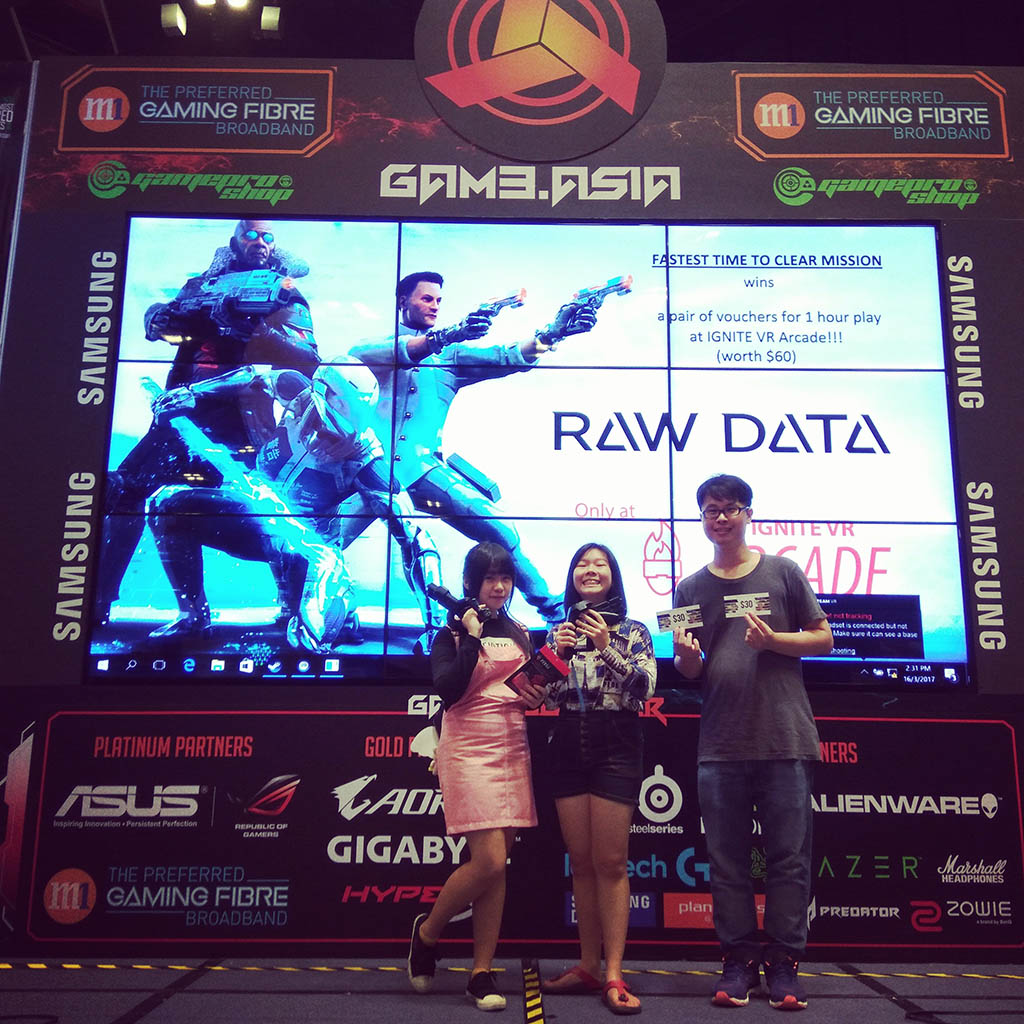 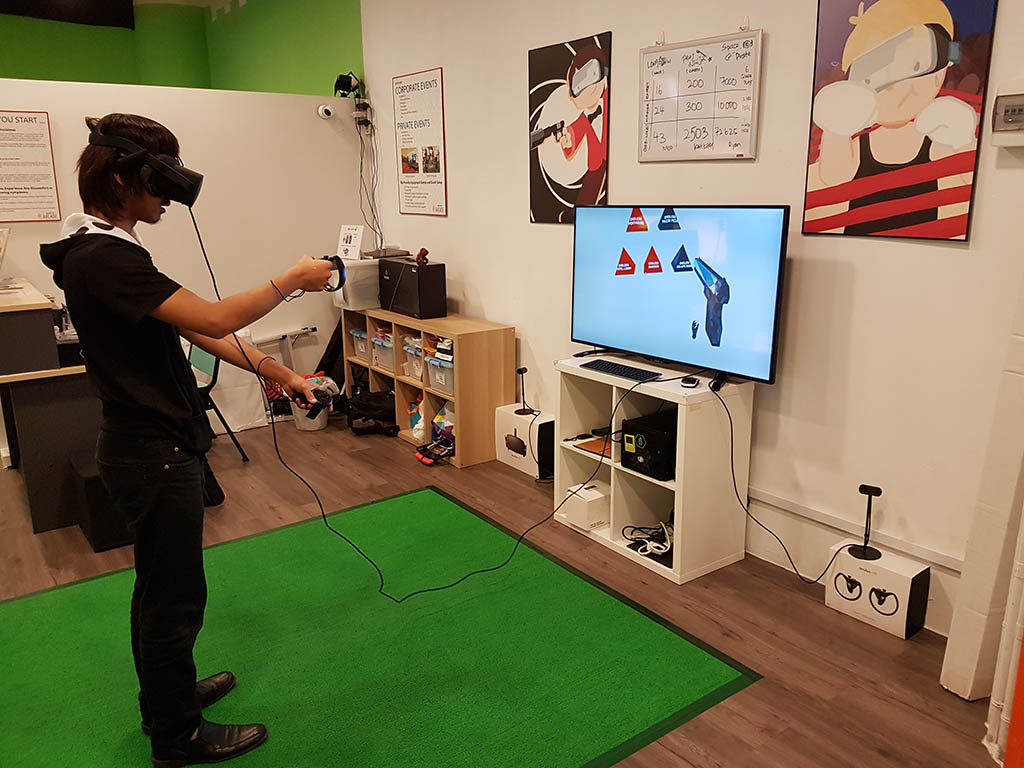