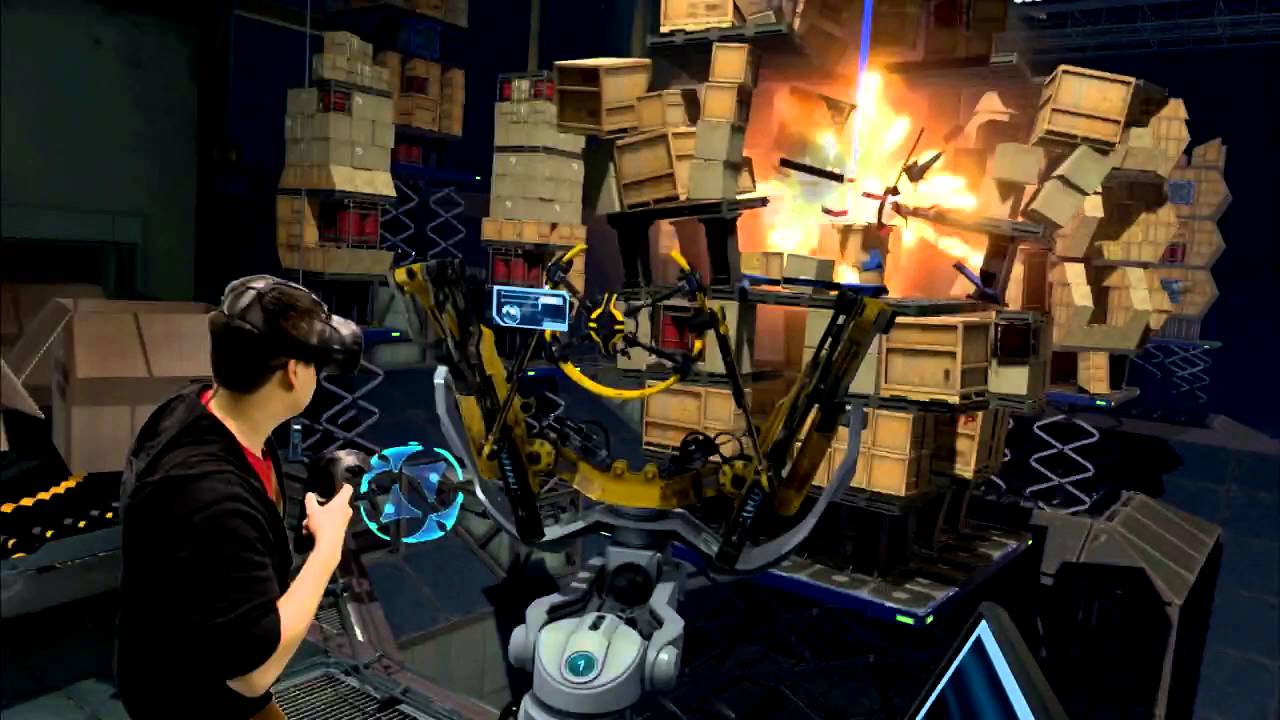 A Slingshot action mini game in The Lab, similar to a futuristic-styled Angry Birds. The player has just gotten a new job, the Core Calibration Trainee. His/her job is to place Cores onto the Calibrator (Launcher) and calibrate them (Launching them into an automated warehouse of stacked boxes and cargo!). Oh and, after your job is done, you are… Fired!

Want a VR booth at your place to showcase an futuristic Angry Birds-like game? Contact us to find out more.

Being a Slingshot game, the player must launch the Cores and knockdown towers of cargo and boxes, thus gaining points (or damage expenses). The more the player damages, the more cores get summoned to the Calibrator, until no Cores are left to calibrate. As this is a minigame in The Lab, gameplay is pretty much decent and easy for people to learn. The game also has a splash of humor and engaging effects as the player shoots away.

The average playtime is about 2-5 mins, depending on the skill of the player. Not bad playtime for a VR minigame, though improvements could be made to the playtime.

Slingshot requires a standing space. As per testing, Slingshot utilises and synchronises the small space very effectively and the player will hardly be required to swing around his/her arms as much. This makes Slingshot one of the best games that utilises a small VR play space well. However, there are no height adjustment settings which will not be friendly for short kids playing this game.

Graphics are crisp and great, making the player feel that he/she is in the Aperture Laboratories and in VALVe’s Portal game series.

Slingshot is more or less a decent game for any Arcade/Event that wants to offer games leaning towards passiveness since not much movement is required. While not the most popular game in The Lab as compared to Longbow, it’s humor and ease of gameplay makes up for its simplicity. 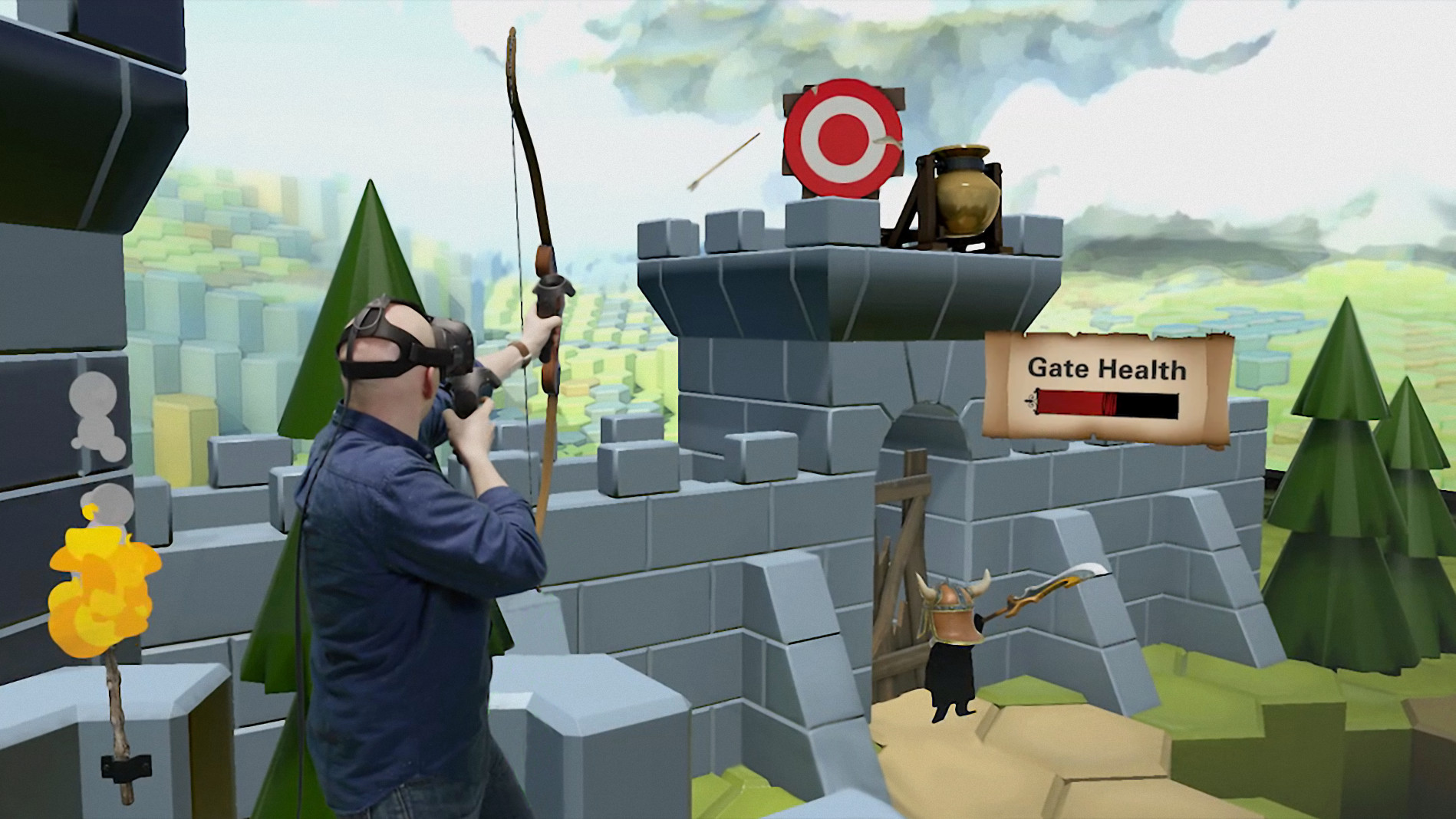