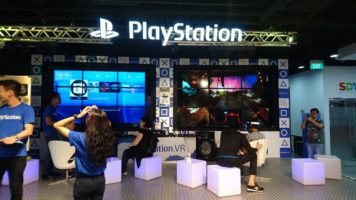 Playstation VR (PSVR) is coming out on the 13 October in Singapore and retailing for SGD599 (SGD649 with the Playstation Camera)!

It is also the first PC tethered VR headset to be released in Singapore as the HTC Vive and Oculus Rift are not available in Singapore yet currently.

You can go for any of the 15 minutes hands on session on weekends only at the 313 somerset Sony Store from 10:30am to 9pm. Sign up here!

Pre-order has been out of stock in many countries, but it is still available (as of 31st July) Preorder at these locations.

Check out the hands-on session we did on 31st July below.

One of the most obvious advantage that PSVR will have over the other VR headsets is:

PSVR has the most comfortable and easy to wear VR headset design.

It is easy to adjust the size without having to bother with any straps and the wire connecting the headset to the PS4 is not very noticeable compared to the umbilical cord feeling the HTC Vive gives.

The playable games are:

These games are all seated experiences  so there is no walking around. This has been known for sometime as the PSVR developers were strongly advised by Sony to create seated game to maximize safety even though the PSVR has positional tracking like Oculus Rift and HTC Vive. Nevertheless, the games were all quite immersive and fun to play especially with the very comfortable swivel chair provided. (It is important to buy a good swivel chair!) 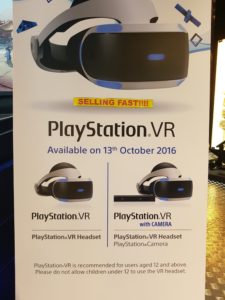 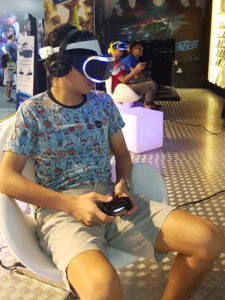 Also hope that they will showcase Stifled which is a PSVR launch title made by Gattai Games. Gattai Games is a Singapore game company so support local games!

The hands on session is only a short 15 minutes long, so you can at most play 2 different titles but you can always come on another day to try.

Yay to no PSVR hype = no queue

As the first VR headset to be launched in Singapore as well as being a Playstation product, we were surprised to see that there was not a bigger crowd on a weekend in town. Maybe this is due to lesser promotion for the headset hands-on and preorder to avoid the PR mistakes by Oculus and HTC (to a lesser extend). Or maybe Sony is secretly confident that even without using a large marketing budget, the PSVR will be able to overtake the other VR headsets by capitalizing on their much much much lower price point and their potential customers of 42 million PS4 owners, according to VGChartz.

I am also glad about the way Sony arranged this hands-on session by using a sign up method to allocate time slots instead of queuing. The play area was also nice with the huge combined screens to show people who are not playing what the players are seeing. And of course thank you for releasing it in Singapore from the beginning for the first launch. 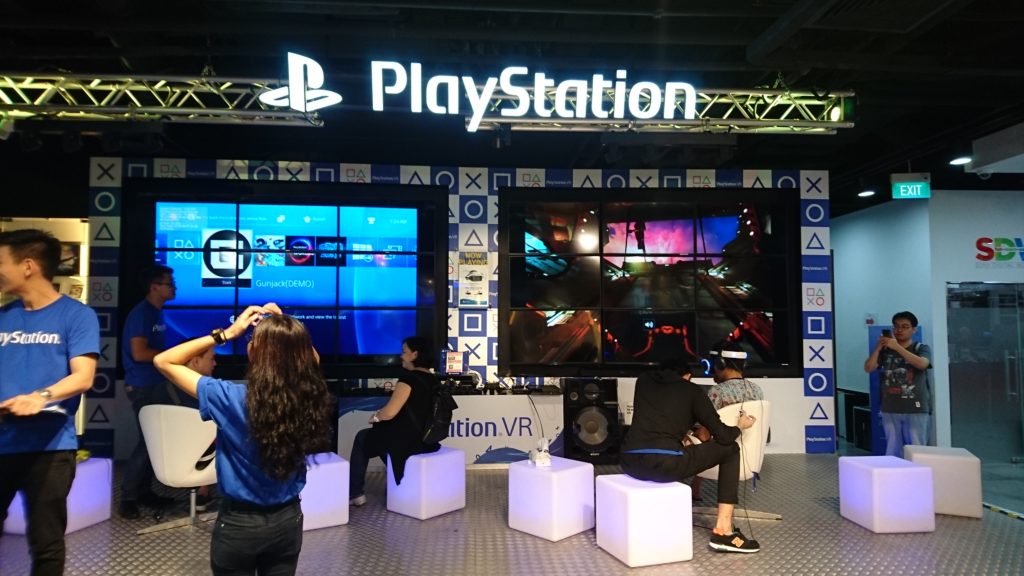 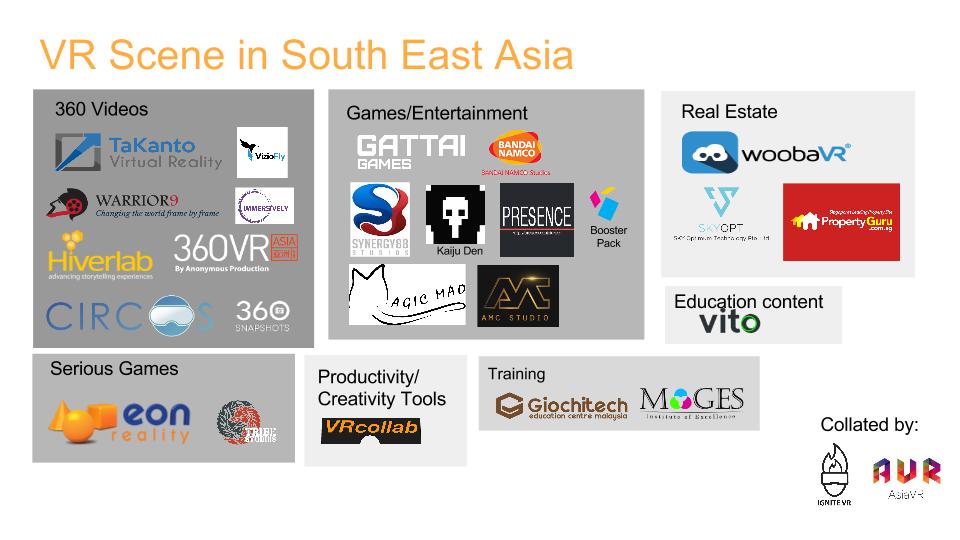