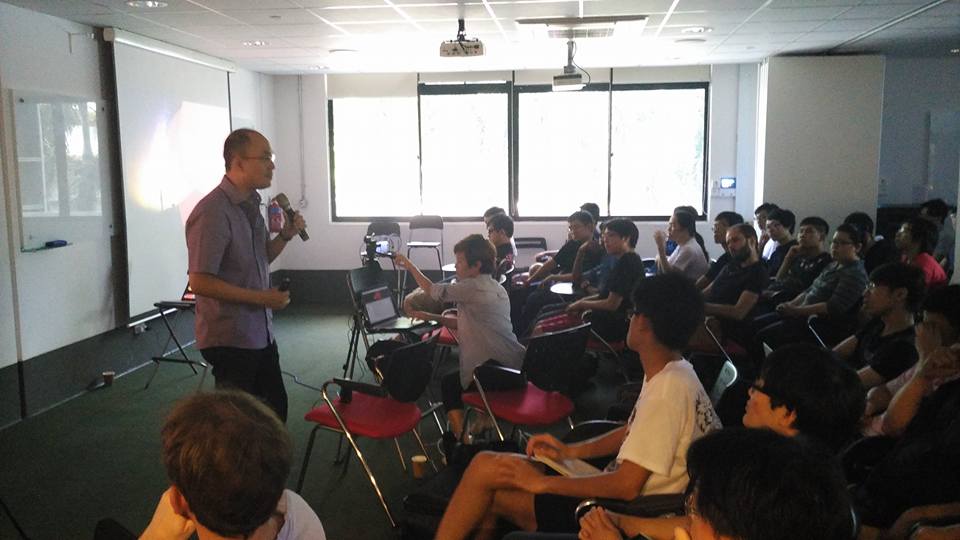 IGNITE VR is proud to be one of the AsiaVR association organizing committee that brought this event together and we had record turnout once again as well as the most exciting lineup of speakers yet that brought us the longest meetup session so far.

The event was sponsored by NUS Enterprise (venue) , UCCVR (tea reception) and supported by IGDA and engineers.sg

Check out the summary below! Or the playlist showing the video of the presentations by engineers.sg to catch the details of their speech.

Jiahen, CTO of VRCollab and also co-founder of AsiaVR Association kicked off the event by giving an intro to VR for all those that are new to it. He spoke about how VR is able to create emotions feelings through the immersive experience that other technology is unable to replicate.

He then explain the use cases for VR like games, experience, creativity and productivity.

Skills are required to create content for VR and Jiahen broke down these skills into 3 segments: game development, cinematic production and webVR.

IGNITE VR also collaborated together with AsiaVR to create a growing list of VR companies in SEA that we showed the current version during his presentation. AsiaVR is also very happy to see the community growing and many connections around the region. 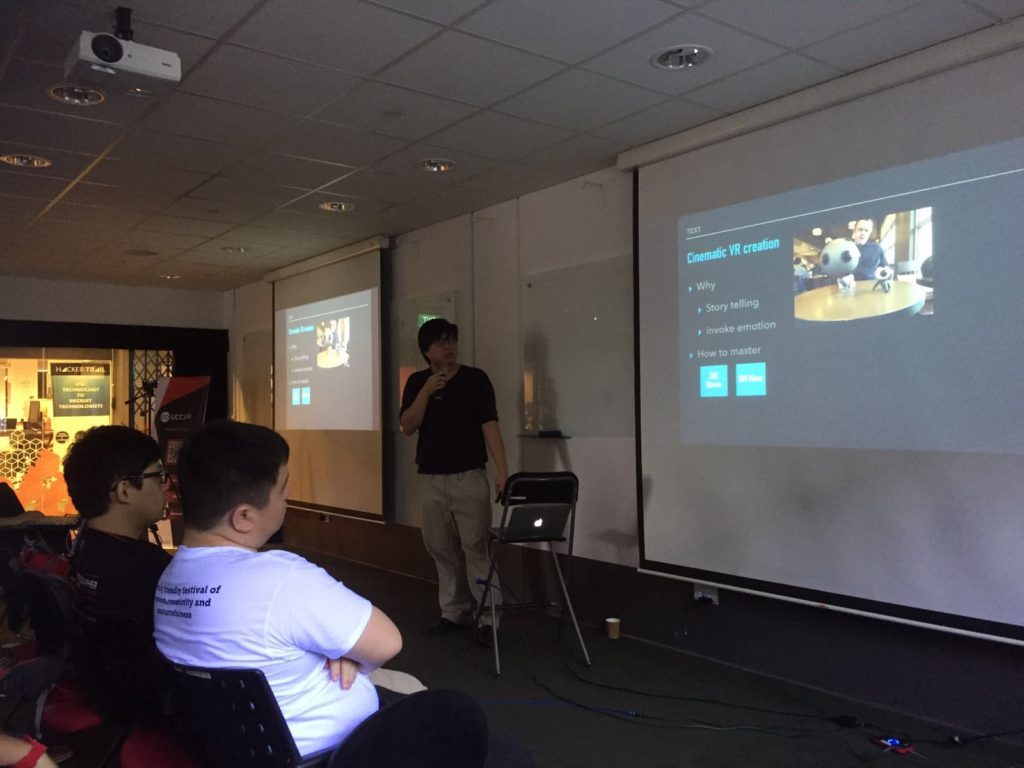 Allen Foo, Founder & CEO of UCCVR gave a lot of insights into the business of VR from a global and china perspective. Allen mentioned that the 4 things an industry need are:

Which is why he started UCCVR to create community, provide funding, and help people and talents come up with a business model.

Justin Ng, Business and Design guy at Gattai Games, shared about why they got into VR game development and best practices in making a game in Virtual Reality like movement, head tracking, user interface, control schemes, etc.

Their horror game STIFLED just got approved on Steam Greenlight and it is going to be a launch title on the PSVR which will be released in October. IGNITE VR gives it a stamp of horrifying approval as we had tried the demo version at Casual Connect Asia back in May.

Ender Jiang, Chief Marketing Technologist at Hiverlab, shared about cinematic 36o video production process. Covering topics from hardware, VR Storytelling, delivery of VR content, and the future of VR storytelling, Hiverlab has shown that in the 1.5 years since they have started, they have had many experiences experimenting and pushing the boundaries of 360 video production.

Jiang Kuo, Founder at Vito Technologies, shared his VR journey from trying out VR, winning 2nd price in an UCCVR competition to moving to Shanghai to continue working on his product and company. He then discussed about using VR for education. His main points were about:

We have interviewed Vito for a previous article on VR in education and it is great to see them grow from strength to strength. Their presentation material has became really slick since the last time I saw them.

Carleel, CTO/Co-founder and Fariz Rashid, Co-founder at WoobaVR shared about their background, what they do and how WoobaVR story came about.

WoobaVR has been to AsiaVR for 2 other times to demo their real estate VR product and also have contributed to one article as well. Do check them out if you still have not.

Johnny Lee, Head of Tango at Google, was a special guest that we at AsiaVR invited at the last minute as he happened to be in town. Tango has shown incredible potential in its computer vision technology that I believe will be the future of AR and VR. Other than explaining about the recent improvements made to Tango, he also did a couple of live demos with the AR apps which sent the crowd raving.

There is no video of the Tango presentation but it is similar to the one showed at Google I/O that you can see below. 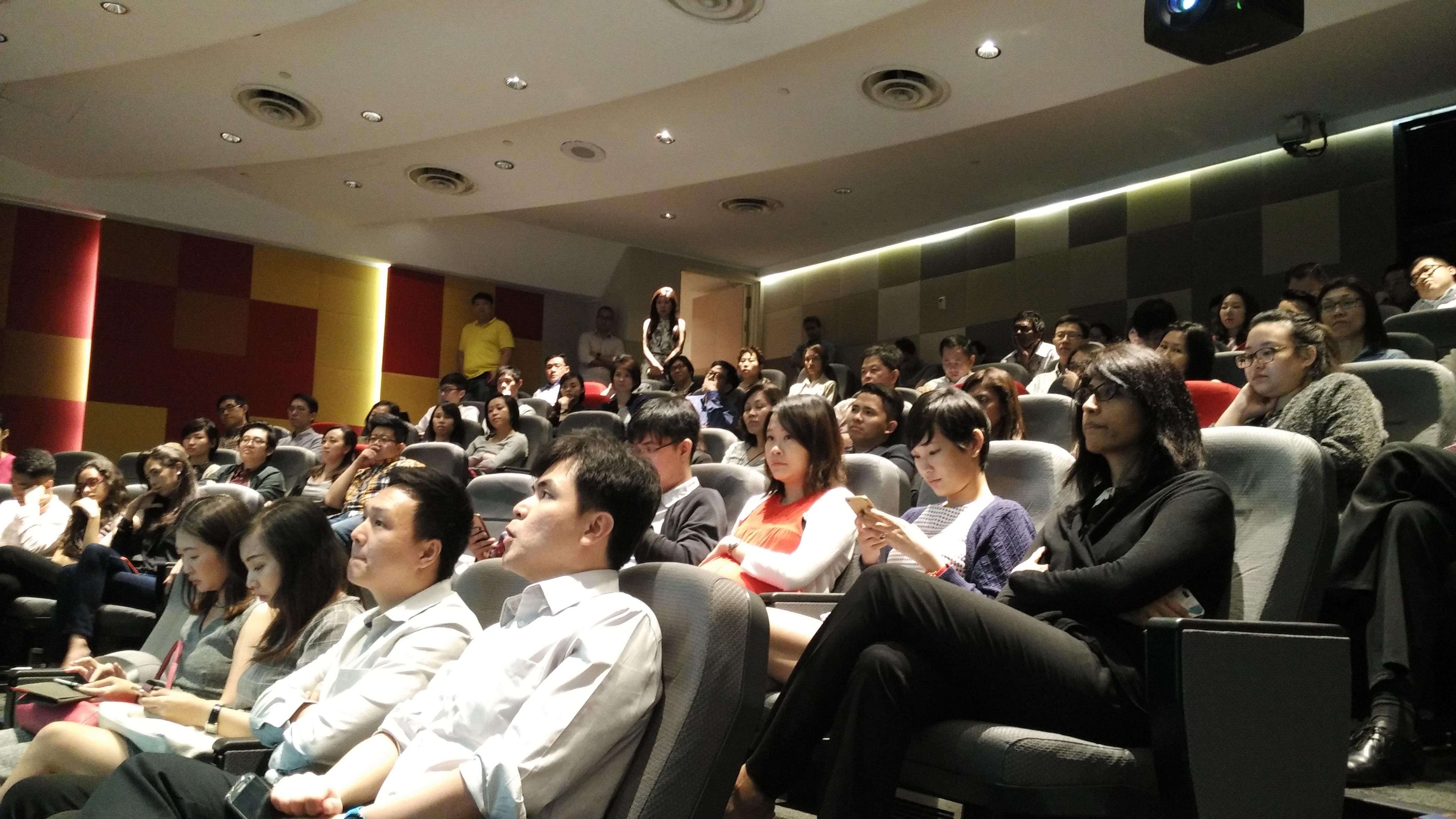