A classic arcade FPS wave shooter VR game. Grab your weapons and shields to fend off the droids as you train to become a Space Pirate. Make sure you got your headphones on as this game has ear candy music to go along with your training.

Want a VR booth at your place to showcase a next generation FPS Wave Shooter arcade game? Contact us to find out more.

As Space Pirate Trainer (SPT) is a FPS wave shooter VR Game, the player is required to fend off droids as long as he/she can. However, unlike other Wave Shooter games, SPT has great and satisfying designs such as well known  Slow Mo, making the player feel like they are dodging projectiles like Neo in The Matrix movie, plenty of offensive and defensive weapons and power ups, as well as its truly great soundtracks made by James Marvel. This makes SPT one of the best arcade VR games to ever be made for VR and a definite must try for anyone experiencing VR.

As SPT is an infinite wave shooter, a game lasts for 5 – 10 mins or more, depending on the skill of the player. Though, due to the satisfying gameplay, a new VR player may easily return playing this game.

PLAY AREA AND KID FRIENDLINESS (8 / 10)
SPT requires a minimum standing space. However, as per testing we recommend a room scale space of at least 2m x 2m since you will be moving around to dodge the incoming projectiles from the droids. As for Kid Friendliness, because of the design, height adjustment is not available and not required due to the open space of the play area.

The graphics are pretty good for a wave shooter VR game as nothing more is really needed due to its theme. More importantly, the highlight of the game is the music which is an ear candy for anyone who like Drums ‘n’ Bass music genres.

SPT is one of the most established VR games to play and almost any VR arcade/event offers it, due to its combination of great gameplay, soundtrack and it’s awesome mechanics. It has received overwhelmingly positive reviews on Steam alongside many famous YouTubers endorsing this game as a game to get if anyone owns a VR headset for personal or commercial use. 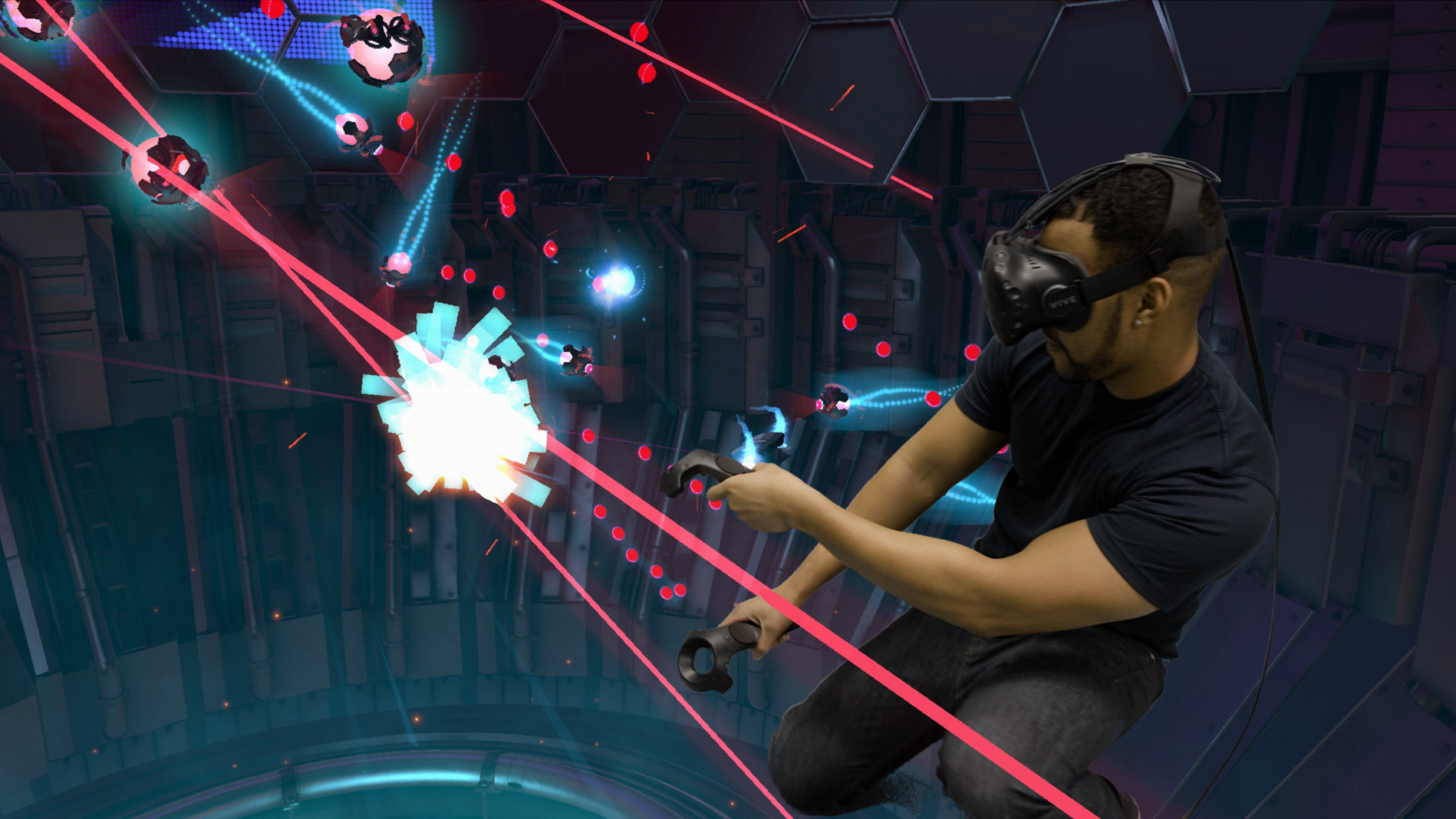